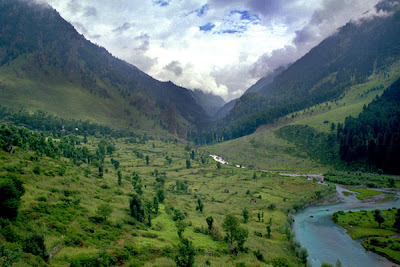 The Sudhnoti district of Azad Kashmir is bounded by Rawalakot District in the north, Kotli in the south and Pakistan in the west.
Climate:
Temperature in summer is almost 20 to 35 °C and in winter -5 to 25 °C. In winter, one may see snow on the nearby mountains.
Description:
Sudhnati is one of the eight districts of Azad Jammu and Kashmir in Pakistan. It comes under the Kashmir section which is part of the greater dispute between India and Pakistan. Sudhanoti was carved out of Poonch district in 1995. The total area of the district is 569 square kilometers, with a population of 214,000 in 1998. The district is divided into three tehsils these are:
Pallandri
Mang
Trarkhel
Population:
Sudhanoti has a population of 242,000. The majority of people living in this area are mostly members of the Sudhan and Awan tribes.
Places to See:
Pullandri: 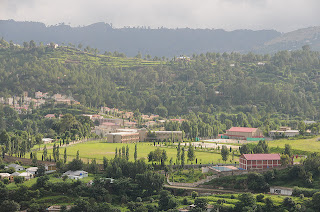 Pallandri is a small town, situated in the Sudhnati District, in Azad Kashmir, Pakistan. It was the first capital of Azad Kashmir and is about 94 kilometres away from – the capital of Pakistan. Pallandri was tehsil of Poonch District, until the district was split into Poonch and Sudhnati.

Sometimes, the town’s new name of Sudhnuti is still used but mostly people use its old name Pallandri. Pallandri is now the capital of Sudhnutti District. It is at an elevation of 1372 meters and is at a distance of 97 kilometers from Rawalpindi via Azad Pattan, and is also connected with Rawalakot by 64 kilometers long metalled road. 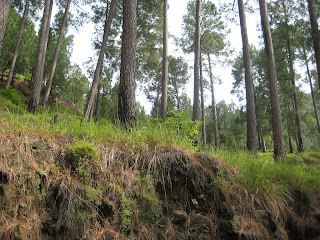 Pallandri  town has a hilly landscape and many historical forts.There is a PWD Rest House located at the hilltop, giving a wonderful view of the picturesque landscape and green mountains all round. All the basic facilities of life are available.
DC House:
One of the most known important and historical building in Pallandri is The DC House.(Currently Occupied by Amjad Pervaiz Ali Khan(DC)It was built in 1915 by Maraja Poonch, the then ruler of the Poonch State in Pallandri, he chose to put it on the very top of the town so he could see the Million Dollar view. It is built entirely out of stone so during the 2005 earthquake it wasn’t harmed in any way whatsoever. It was known as Rani ka bangla/dak bangla the Maraja and his wife/Rani used to stay here while on thier way from Poonch to Rawalpindi. After the partition of India and Pakistan, in 1947, this Poonch state was also divided into two parts, one of them is in the Jammu and Kashmir (Indian held Kashmir) and the second part in the Azad Jammu and Kasmir (AJK). It was then converted into the DC house were the DC started to live and since that day, It was known as The DC house.
Tararkhal: 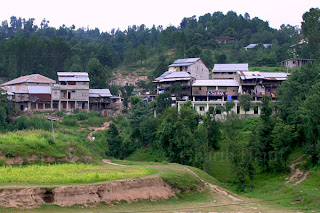 With an altitude of 1982 meters, Tararkhal is situated at a distance of 211 kilometers from Rawalpindi via Kohala and 129 kilometers via Azad Pattan. It is a nice small station for tourists. Here PWD Rest House provides Spartan accommodation facilities. Essential commodities of daily use are also available from local bazaar. 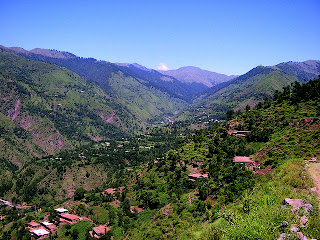 Aliabad is situated at an altitude of about 2134 meters, is at a distance of 50 kilometers from Pullandri and 112 kilometers from Rawalakot. This place is surrounded by thick, mixed forests of Deodar, blue pine and Fir.

Bus service is available both from Rawalakot to Abbasspur and Rawalpindi to Kahuta. From Kahuta onwards journey by jeep is advisable.